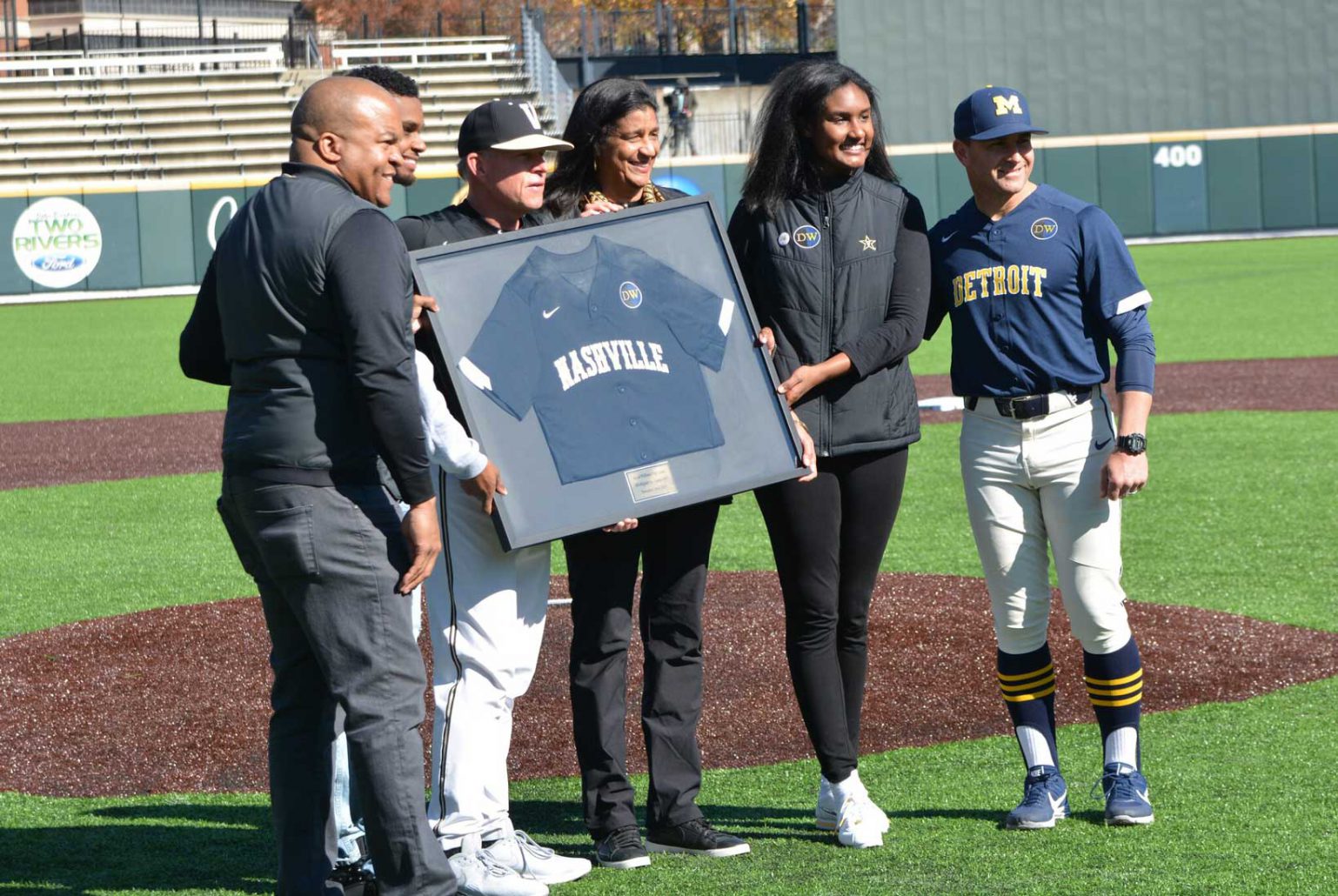 Prior to the game, Vanderbilt Athletics – alongside the two teams – recognized Williams’ family.
Attending the event on behalf of Music City Baseball was Tony La Russa, member of the National Baseball Hall of Fame, former Major League Baseball manager with St. Louis Cardinals, Oakland A’s and Chicago White Sox. He was named MLB Manager of the Year four times and is a four-time World Series Champion. Also attending was Bob Kendrick, president of the Negro League Baseball Museum. The museum, located in Kansas City, Missouri, celebrates the rich history of African American baseball and its impact on the social advancement of America.
Below are moments from the celebratory event including links to various published news stories.