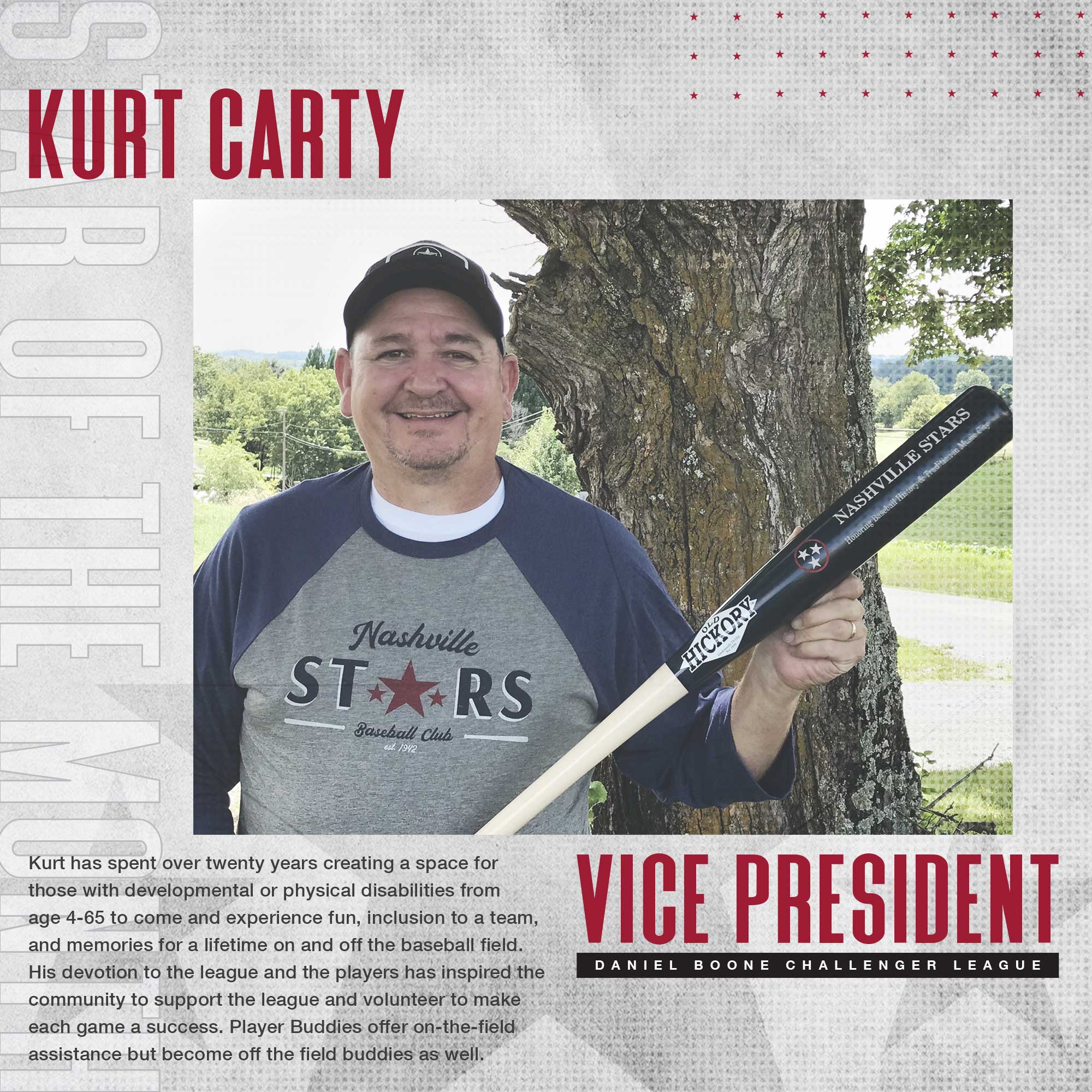 As a fan of baseball and a dad of two boys, Kurt Carty has found himself at the ball fields for as long as he can remember. Twenty-two years ago he was taking one of his sons to little league practice and noticed a league for special needs players that had a game taking place a few fields over. After witnessing how extraordinary this group was, he wanted to get involved and has been an integral part of the Challenger League ever since. In the past five years alone, the league has supported over 100 players who range in ages from 4-65 years old. The games are two innings in which each player gets the chance to bat and there are no outs.

Kurt personally coordinates with local businesses in the community to fund the program, plus local high schools and colleges to solicit volunteers. These volunteers become much more than just bodies to fill a need but instead befriend the players in relationships that can last a lifetime.  At the end of each season, there is a celebration picnic where each of the players is awarded a trophy and a job well done for sportsmanship. Over the years, Kurt has made this a family affair by having his sons join him on the field to work alongside the players and staff.

Due to COVID-19, the Challenger League was unable to hit the field for their regular season but had the opportunity to play two games at the Miracle League Fields.  Kurt made sure to let us know that when Nashville gets an MLB team they are going to charter a bus for the entire group to come down for a game in Music City!

July 2, 2020
SUBSCRIBE FOR YOUR CHANCE TO WIN A COMMEMORATIVE BASEBALL BAT