Lee Barfield, a member of our board, is a two-time Vanderbilt graduate, US Navy veteran and lifelong baseball fan. After obtaining his undergraduate degree from Vanderbilt University in 1968, Barfield served a three-year tour of duty in the US Navy as an antisubmarine warfare officer.

He then returned to Vanderbilt in 1971 for his J.D., which prepared him for a career in law—prior to joining Music City Baseball, Barfield practiced for Bass, Berry & Sims for forty years trying medical, business and other civil cases in state and federal courts before retiring in 2015. 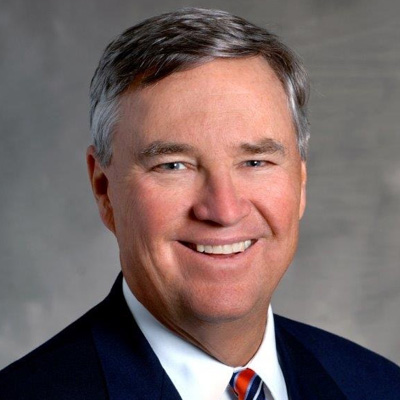 Ever since his early childhood, Barfield has been a die-hard baseball fan. Growing up in Macon, Georgia, he played little league baseball as a catcher and first baseman. His first professional love, though, was his hometown minor league baseball team: the Macon Reds, a minor league affiliate of the Cincinnati Reds.

“They had Pete Rose, Tony Perez and other rookies that would eventually form the nucleus of the Big Red Machine,” Barfield said, reminiscing on the Reds’ major league powerhouse in the 1970s.

Later on in his life, Barfield developed a deeply rooted connection with the Vanderbilt baseball program. As an attendee of the Vandy Boys’ annual banquet, Barfield was first connected with John Loar and Music City Baseball—and the rest is history.

Now, Barfield is following his passion, as he hopes to bring a Major League Baseball franchise to Nashville.

“In many ways, Nashville is an ideal city for the expansion of the MLB or the relocation of an existing team,” he said. “The first thing is the population and the market area is something around two million residents. And the growth, and the annual population growth in the market is substantial.”

Barfield’s passion for bringing an MLB team to Music City is evident in one mere conversation, as his list of upsides is everlasting. He continues to note the growing Nashville job market—one to which an MLB team can only contribute—and the immense tourism revenue as other major benefits of the city.

But one other characteristic of Nashville stands out to Barfield; while other cities may be able to boast similar fanbases, job markets and tourism numbers, there’s one trait that makes Nashville so unique.

“Then, of course, there’s the fact that Nashville is the home for country music,” he said. “Country music is so popular among over 100 million people, and that makes Nashville ideal. Major League Baseball would generate in our market some 2.5-3 million fans for the games each year.”

In addition to Nashville’s reach, an MLB team would benefit the surrounding areas, Barfield believes.

“Locating an MLB team in Nashville would serve as a catalyst for the development of that mostly undeveloped property on the East Bank,” he said. “Plus, not only would it bring in fans from Nashville, but it would bring in fans from surrounding cities and states as well.”

“There is just unbelievable potential for this city and this state in a Major League Baseball franchise,” Barfield said. “It would have a significant positive impact on everyone in Nashville.”