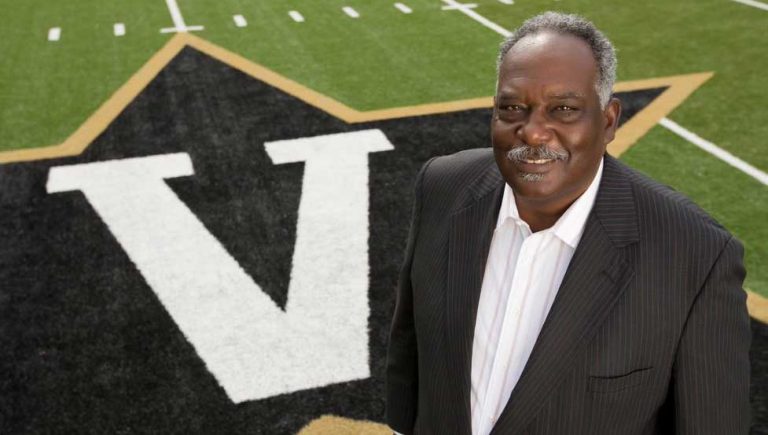 NASHVILLE, Tenn. – The Sunday, Nov. 10 baseball exhibition between Vanderbilt and Michigan has been named the David Williams Fall Classic, honoring the late Vanderbilt vice chancellor for athletics and university affairs and athletics director while promoting diversity and inclusion. Gates open at 10 a.m. First pitch is set for 10 a.m. from Hawkins Field and admission is free.

Vanderbilt worked closely with Nike, Music City Baseball and the Negro League Baseball Museum to develop uniforms that pay tribute to Nashville’s rich and diverse baseball tradition. Vanderbilt will participate as the Nashville Stars while Michigan will compete as the Detroit Stars, both former Negro Major League teams.

“It is with great pride that we take the opportunity to honor our former colleague and friend, and name our fall scrimmage with Michigan as the David Williams Fall Classic,” Vanderbilt head coach Tim Corbin said. “This gives us all an opportunity to recognize David and his family for his work to promote diversity and inclusion as well as recognize the positive contributions to American society of the Negro Baseball Leagues. Our connection with the Michigan program, especially as it pertains to diversity specific to college baseball, makes for a natural event for both schools. The fact that David was a Detroit, Michigan, native and knew Coach Bakich very well, gives it additional meaning.”

Prior to the game, Vanderbilt Athletics – alongside the two teams – will recognize Williams’ family.

“We are honored to participate in the inaugural David Williams Fall Classic,” said Michigan head coach Erik Bakich. “Vanderbilt and Michigan stood tallest on college baseball’s biggest stage a few months ago, symbolizing academic and athletic excellence while promoting diversity in sports. I remember David Williams as a tremendous leader, an inspiration, and a pioneer in higher education, college athletics, and initiatives for diversity and inclusion. It was a privilege to learn from great men like Coach Corbin and David Williams during my seven years as an assistant coach. We have built the Michigan program with a similar blueprint, targeting elite student-athletes, along with a diverse roster of players from all races and socioeconomic backgrounds.”

Attending the event on behalf of Music City Baseball will be Tony La Russa, member of the National Baseball Hall of Fame, former Major League Baseball manager with St. Louis Cardinals, Oakland A’s and Chicago White Sox. He was named MLB Manager of the Year four times and is a four-time World Series Champion. Also attending will be Dave Stewart, former MLB All-Star with the Oakland A’s and the General Manager of the Arizona Diamondbacks, in addition to MLB Coach and Executive. Stewart was a pitcher with the Los Angeles Dodgers, Texas Rangers, Philadelphia Phillies, Oakland A’s and Toronto Blue Jays. He is a three-time World Series Champion.

Bob Kendrick, president of the Negro League Baseball Museum, will also be at the exhibition. The museum, located in Kansas City, Missouri, celebrates the rich history of African American baseball and its impact on the social advancement of America.

“The Negro Leagues Baseball Museum is excited to have a role in the inaugural David Williams Fall Classic,” said Kendrick. “It’s important that college baseball players and fans understand the transcending impact that the Negro Leagues had on the game and society, and I am thrilled that two premier programs such as Vanderbilt and Michigan are honoring that legacy. Nashville is an appropriate place for this to happen, given the city’s importance in the civil rights movement, higher education and sports. David Williams was a trailblazer in his own right, a man who called both Michigan and Nashville home and who cared deeply about the history of African Americans and sports. This is a fitting tribute to an iconic figure, and I look forward to coming to Nashville to be a part of it.”

MUSIC CITY BASEBALL HOSPITALITY TENT OPENS AT 10:00 a.m.
Access to the hospitality tent will be through the gate at the end of corridor behind Section L. Be sure to stop by the tent to visit and receive your commemorative event wristband.

Alberto R. Gonzales, Tony LaRussa, Dave Stewart, John Loar, and Lee Barfield plan to be at the tent around 10am and certainly look forward to saying hello.

Admission to the game is free, with complimentary t-shirts for all fans in attendance, and the first 300 fans will receive free Vanderbilt baseball desk helmets.