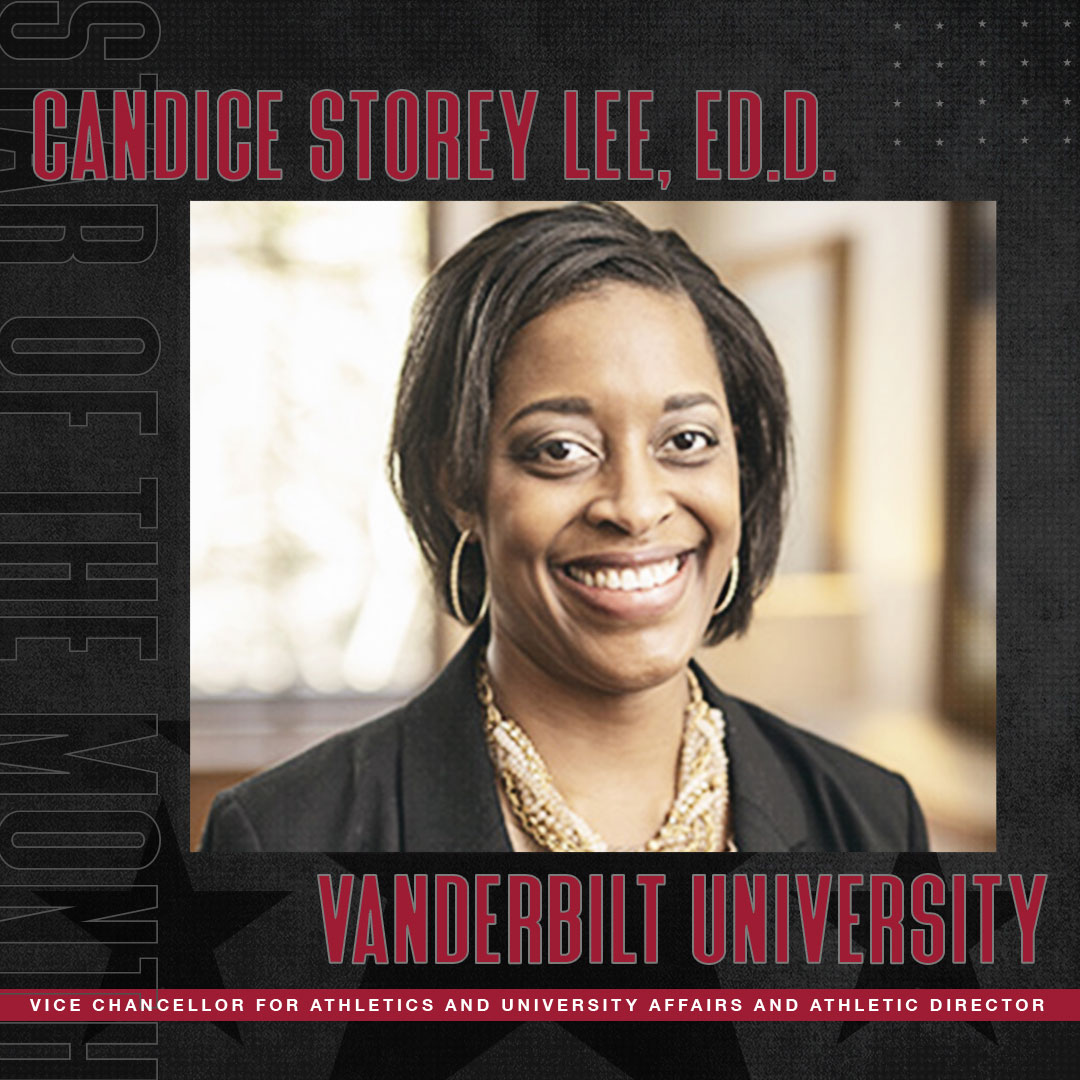 We are honored to feature Candice Lee, Vanderbilt University Athletic Director and the first African American Athletic Director in the SEC, as our March Star of the Month. Lee started her journey with Vanderbilt as a collegiate athlete and has been a part of the Commodore family ever since. As she was working towards her doctorate, then-athletic director David Williams approached her with an internship opportunity, and she continued to work directly with him for the next 17 years.

Candice’s mentor was Carla Williams, the first African American Athletic Director in the Power 5, at the University of Virginia. Carla introduced Candice to the idea of Sports Administration as a career. Once she saw Carla off the court, she knew that there was opportunity for her in administration as well. Growing up an army kid, Lee knows a thing or two about teamwork and having to pivot to get the job done. Vanderbilt asked her to step in as an interim Athletic Director after the unexpected passing of her boss, David Williams. Since then, she has led the athletic program through an unexpected series of events during 2020. “When I came into this position, I had no idea we would be leading our athletes through a worldwide pandemic, a shift in social justice, a tornado, and a bombing in our city. However, here we are, and I am thankful to have the support of Vanderbilt as we have navigated this season.”