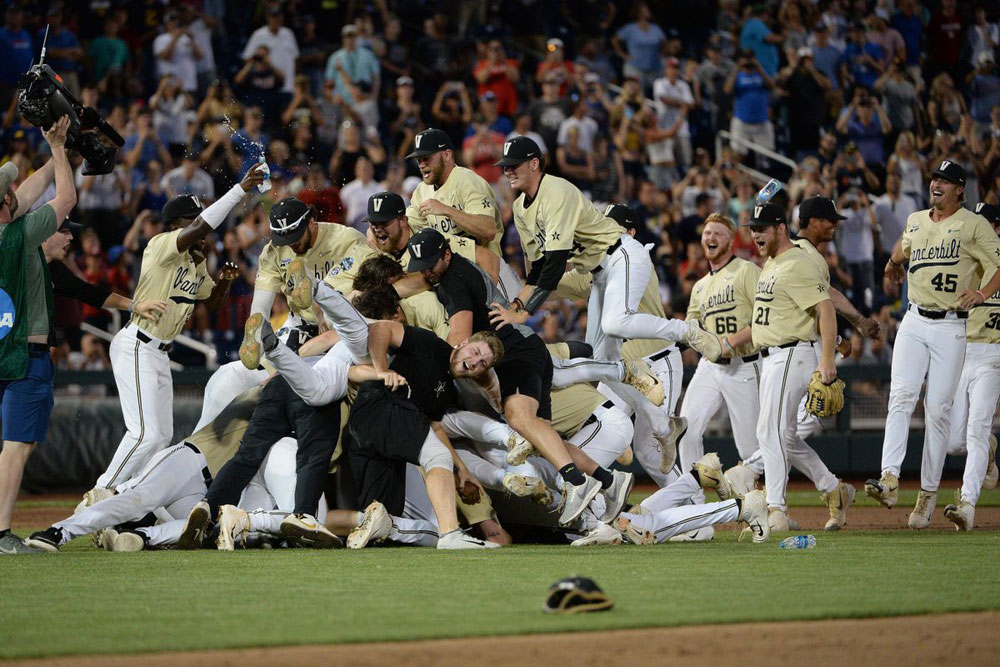 Thanks to Tim Corbin and the Vanderbilt Commodores, Nashville baseball has become synonymous with winning.

Unsurprisingly, with such a successful program, the VandyBoys regularly churn out Major League Baseball talent. This season, a whopping 16 Vanderbilt alumni were included in MLB 60-man player pools. And while this abbreviated season is far from the typical, there is one commonality. Just when summer turns to fall, right as September turns to October, the MLB season reaches its conclusion.

Here’s a look at where you can find the seven Vanderbilt baseball alumni 2020 MLB Playoffs.

Shortly after Kyle Wright notched his first career MLB win in September, his Atlanta Braves won the NL East division title. Now, the Huntsville, Alabama native will head to the postseason, where the No. 2 seed Braves will face the No. 7 Cincinnati Reds in the first round of the playoffs. Wright was selected out of Vanderbilt in the first round of the 2017 MLB Draft, and he seems to be settling into a rhythm in 2020. This season, Wright has solidified himself as an MLB mainstay, starting eight contests—the most in his career—and ending on a high note with three consecutive quality starts.

Dansby Swanson, the first overall pick in the 2015 MLB Draft, will join Wright in hopes of clinching the Braves’ first World Series berth since 1999. Swanson has helped revitalize the Braves offense by hitting for an average of .274 with ten home runs and 35 RBIs. The Vanderbilt product will hope to bring home his first championship since he propelled the Commodores to their first NCAA Title in 2014. The only thing standing in the way of Wright and Swanson? The Cincinnati Reds—and two more VandyBoys.

Sonny Gray will do his part to stop Swanson and the Braves’ bats, as he will take the bump in the first round of the playoffs. Gray, a 2011 first round pick, went 5-3 with a 3.70 ERA in his second season with Cincinnati, helping anchor the Reds starting rotation—at rotation that happens to be one of the best in the MLB.

When Gray takes the mount, he could very well throw to his former teammate Curt Casali. Casali, a former Vanderbilt Commodore and fellow 2011 MLB Draft selection, has started 31 games for the Reds this season, belting eight home runs and hitting close to .250 in the process. Casali and Gray have already helped the Reds finish with a winning record for the first time since 2013; now, the former VandyBoys will hope to pull off a first-round upset.

Walker Buehler was limited to just eight games in 2020 due to injury, but after pitching a tune-up game in the final stretch of the regular season, the Dodgers’ ace will be ready to start Game 1. And given his dominance in the last three seasons, Buehler is the last person the 8-seed Milwaukee Brewers will want to face. Buehler, a Dodger since the first round of the 2015 MLB Draft, has solidified himself as one of the league’s best. He contributed to the Dodgers’ spectacular 2020 season, which saw them finish above .700 and a World Series favorite.

Mike Minor started seven games for the Texas Rangers in 2020 before finishing out his season in Oakland, where he helped the Athletics finish with the second-best record in the American League. The 2009 first round draftee found his footing at the end of the regular season, picking up his first win of 2020 in a seven-inning shutout on Sept. 14. The A’s are certainly favored in the first round, as they face the 7-seed Chicago White Sox.

Minor is joined in Oakland by a former VandyBoy and Franklin, Tennessee native Tony Kemp. Kemp, a fan-favorite and nominee for the 2020 Roberto Clemente Award, hit for a .308 average in the final seven games of the regular season. He’ll hope to keep the momentum going in the first round by bringing energy, enthusiasm and a high on-base percentage.

July 1, 2020
SUBSCRIBE FOR YOUR CHANCE TO WIN A COMMEMORATIVE BASEBALL BAT