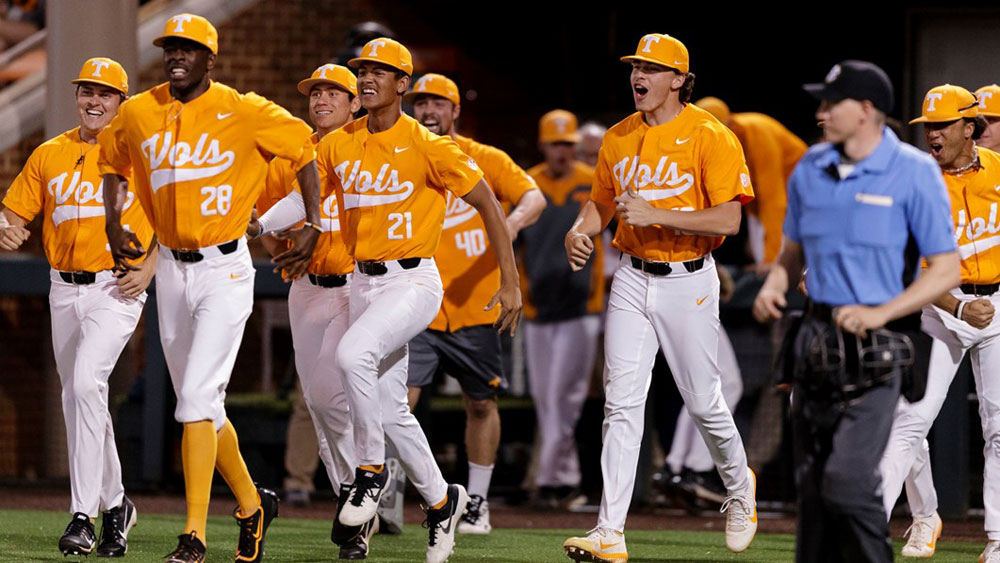 The Tennessee Volunteers may not boast the same track record as the Tim Corbin and the Vanderbilt Commodores, but the Vols have every reason to be proud of their alumni in the MLB Playoffs.

Tennessee was in a bit of a funk prior to the 2019 season, but that season, they snapped their longstanding NCAA Tournament drought. Things were looking up for the Volunteers again in 2020, starting the season 15-2 and propelling themselves to the No. 11 ranking in the country prior to the season’s cancellation due to COVID-19.

As the 2020 MLB regular season comes to a close, here’s where you can find the two Tennessee Vols in the 2020 playoffs.

In somewhat shocking fashion, Garrett Crochet will be ready and available out of the Chicago White Sox bullpen as they face the Oakland Athletics in the first round. Perhaps Vol fans aren’t as surprised, but the hard-throwing lefty was called up to make his first professional appearance— a perfect 1-2-3 inning on Sept. 18 against the Reds—a mere few months after he was selected in the first round of the 2020 MLB Draft. An impressive feat, the Ocean Springs, Mississippi native was the first pitcher to go straight to the big leagues in his draft year since 1978.

After a month on the injured list, Nick Senzel returned to the Reds’ lineup on Sept. 14 and will now prepare to face the Atlanta Braves in the first round of the 2020 MLB Playoffs. Senzel played in five games since returning, notching one hit in the process. Senzel thrived in his three seasons on the Rocky Top, hitting for a .332 average, collecting 126 RBIs in three seasons and even tallying as much as 25 stolen bases his junior year.

VandyBoys in the Playoffs

July 1, 2020
SUBSCRIBE FOR YOUR CHANCE TO WIN A COMMEMORATIVE BASEBALL BAT