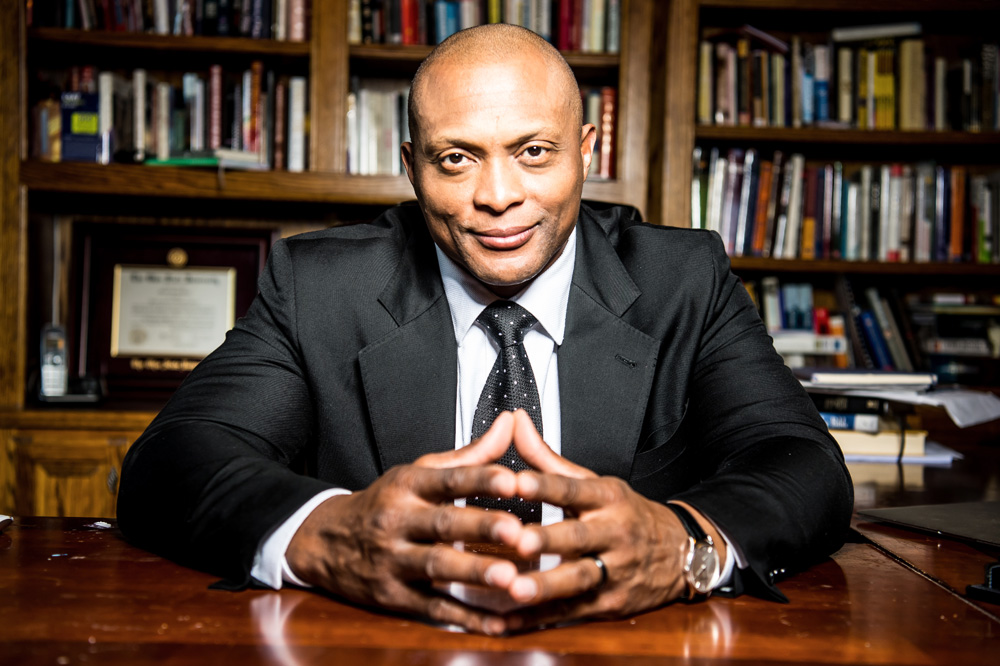 NASHVILLE, Tenn. (October 29, 2020) – Former Tennessee Titan’s great and Heisman Trophy winner Eddie George has joined Music City Baseball as a board member and chair of its soon to be formed Real Estate Advisory Group, and will advise the development of a multi-faceted entertainment complex to be the home of the future Nashville Stars baseball team. Music City Baseball is a group of Tennessee community leaders working to bring Major League Baseball (MLB) to the city.

George, who has a degree in landscape architecture and urban design from Ohio State University and is the founder of EDGE Landscape Architecture, will collaborate with Moody Nolan to plan an inspired and interactive space that will become a major Nashville destination for family sports and entertainment fans anchored by a MLB stadium.

“I am deeply committed to Nashville and understand how sports can energize and unite in a lasting way,” said George. “Our drive to bring MLB to our city also combines two of the things I love most: sports and landscape architecture. It’s a pleasure to be able to collaborate with Moody Nolan, an all-stars in its own right, and nationally admired for their engaging conceptual plans and designs.”

Although Major League Baseball has not announced any plans for expansion or relocation, Music City Baseball is laying the groundwork to prove that Nashville can successfully be the next home to an MLB team, including conducting a feasibility analysis of the market.

Moody Nolan, an award-winning practice, is the largest Black-owned architecture firm in the country. The firm has a major presence in Nashville, and is best known for work on Wintrust Arena in Chicago, an expansion of the Jacob K. Javits Convention Center in New York and the Music City Center in Nashville.

“Diversity awareness and inclusivity are integral to our company which is why we are extremely pleased to work on this project with Music City Baseball whose business structure and beliefs align with ours,” said Brian Tibbs, managing partner and director of Moody Nolan’s Nashville operations. “We look forward to working with the legendary Eddie George to envision a transformative complex that will also accommodate the ever-changing Nashville community.”

“Eddie’s magnetic leadership and creativity – coupled with Moody Nolan’s groundbreaking work in planning and design – will assure that we bring forth a sports and entertainment complex that is nationally prominent and uniquely Nashville,” said John Loar, managing director of Music City Baseball. “Our ultimate goal is to give fans an ‘out-of-this world’ experience and we have assembled the team who can do just that.”