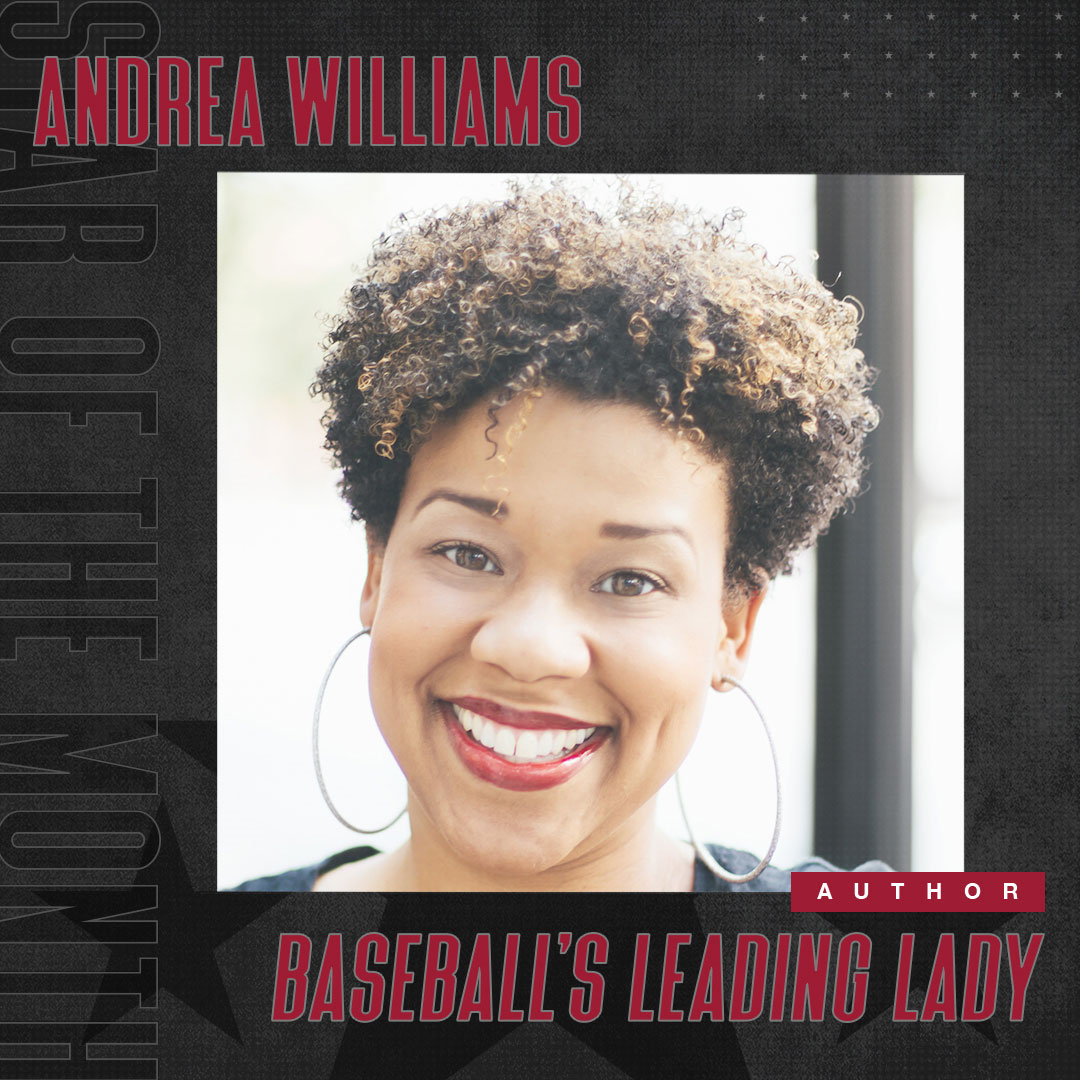 We are honored to highlight Andrea Williams, author of Baseball’s Leading Lady, as our February Star of the Month. From the time Williams could visualize what she wanted to be when she grew up she knew she wanted to be the first female general manager of a professional Major League Baseball team. Even though that dream may not come to fruition, she has still made it a priority to promote female movers and shakers in the professional sports realm.

After graduating college, Williams, moved back to her hometown of Kansas City and connected with, at the time, the marketing director of the Negro Leagues Baseball Museum, Bob Kendrick. “Bob is known for his incredible tours of the Negro Leagues Baseball Museum. Shortly after I started to work at the museum, Bob gave me a tour and pointed out Effa Manley and her story. I was stopped in my tracks and have been fascinated by her ever since.” Williams was not only fascinated by the work that Effa Manley did for baseball in the 30’s and 40’s, but also how she used her platform to advocate for the black community.

Baseball’s Leading Lady is a riveting true story of Effa Manley, co-owner and business manager of the Newark Eagles. Elegant yet gutsy, she cultivated a powerhouse team. Yet just as her Eagles reached their pinnacle, so did calls to integrate baseball, a move that would all but extinguish the Negro Leagues. “When it came time to write a book featuring Effa’s work, I was inspired by my own children and wanted to write a book that would help kids fill in the gaps from their standard history lessons.At the same time, I wanted to also write a book that adults would enjoy and learn from, particularly if their knowledge of the Negro Leagues is limited.”

November 15, 2019
SUBSCRIBE FOR YOUR CHANCE TO WIN A COMMEMORATIVE BASEBALL BAT